The Death of UL and Feeble Assumptions

The big debate in the outdoors blogosphere at the moment seems to be the dying ultralight backpacking. Is it dead? Is it dying? Or not? Here is my rant on the topic…

The latest debate started probably from Andrew Skurka’s “Stupid Light” post . Some interpreted the post as the obituary of ultralight backpacking as the guru himself said that light(est possible) ain’t always right.  In my opinion the post only stated the pretty much common sense point that “lighter is better” mantra isn’t a highway to happiness and better outdoors experiences. Martin Rye fueled the debate on his “Bye bye Backpacking Light” post that was actually more about the BPL than UL backpacking in general but the comments and discussion soon led to people questioning and defending the ultralight backpacking. The next take on the topic came from Dave Chenault (“Ultralight is dead”) who wrote that “Perhaps this is the first and largest hurdle for ultralight backpacking to generalize, demystify, and become merely smart or deliberate backpacking”. And next I’m waiting for UL evangelist Hendrik Morkel to comment this on his blog. 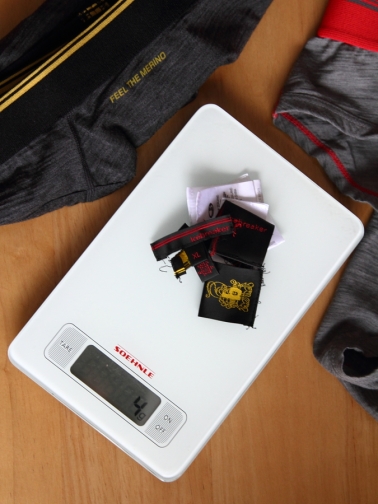 Been there, done that.

It’s worth noting that this isn’t the first debate over the point of UL backpacking. In early 2011 one of the big names of UL scene, Ryan Jordan, wrote about the “Futility of going ultralight for ultalights sake” pointing out the obvious: “Ultralight, simplicity, minimalism – these are not the goals.” And I tend to stick with Ryan here: There is no point in going UL for the sake of going UL. I guess most agree with this. It’s just as pointless as mastering the skill of hiking walking backwards.

Most of the people hiking on the lighter side claim that with lighter kit you will get more out of your outdoor time. This is the core of the major argument in a way or another. With lighter kit you will have more freedom, deeper and closer connection to the nature, aesthetics of simplicity to enjoy and so on. When discussing about gear choices (online) someone usually pops up and tells you that there would be a lighter option for something. And it would naturally be better as it’s lighter. (I’m probably as guilty to this as all the others…)

But guess what? It ain’t so. And it’s simple to prove: If lighter is always better, leave ALL your kit home. Go for a hike naked or with only your clothes on. No burden to carry, totally undisturbed connection to nature and ultimate simplicity. But I bet you won’t make this a habit and start preaching for it as the superior way to experience the outdoors. Or will you? I dare you to give it a try.

The counter argument is of course along the lines of “That’s silly. The point is to have just enough kit to make the experience comfortable and safe and thus better.” If it’s so then it’s a subjective matter and it’s pretty ridiculous to say that someones outdoor experience would be better if he would carry less than 4989,5 g load. How can you tell?

On the other extreme there are the traditional backpackers who say that the weight doesn’t matter and a bit of extra won’t hurt.  The arguments range from extra comfort and security (take doubles) to wider variety of options (take a bomb-proof mountain tent and a tarp, you can have both!) and to claims that a bit of extra weight is only good training for the big future hikes (that rarely tend to happen). Form this point of view heavier kit doesn’t affect your outdoor experience. At least not in a negative way.

And again: It ain’t so. My challenge here would be to replace all you tent stakes (assuming you are carrying some) with 20kg kettlebells. They do really good job anchoring your shelter’s guylines. (I’ve tried that. Don’t ask.) The function is same but I bet your outdoors experience will be different and probably a bit worse than without the 200+ kg of cast iron on your back…

And from here we get back to kit being needed to function in a certain way but not getting on the way of our experience. And that is hell of a subjective matter! 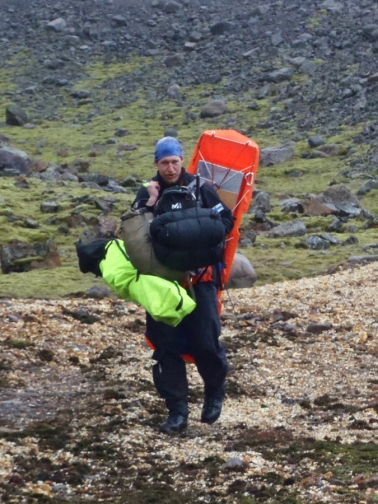 Not UL but does it really matter?

As a disclaimer I have to say that I have never done a true UL trip so maybe I just haven’t understood the point of carrying UL kit. I have used and do use some UL gear and techniques but I try to have a relaxed and somehow rational approach on kit. Gear matters hell of a lot, but only when we are on the very edge of our capabilities. That edge is where the modern UL was born and has been mostly developing: thru hiking serious distances in short time, adventure racing through hell of a terrain, climbing seriously difficult routes and so on. But to be honest, how many of us push our limits to point were kit is decisive factor? Some do it but many don’t. Maybe we should. I’m quite comfortable claiming that in most cases it doesn’t really matter if your kit is a kilo heavier than it now is or could be. Most likely you will still enjoy your outdoor experience about just as much.

From my point of view ultralight backpacking and other styles are tools and means to do things – not goals, religions or numbers. You want to do something and to get it done you need proper skills and tools. The important thing is to have something that you want and like to do – and pursue it.

20 responses to “The Death of UL and Feeble Assumptions”