We are having quite terrible winter here in the Southern Finland. Saying it’s the worst ever is probably exaggerating but it’s horrible compared to the previous few winters.

There’s not much snow to ski on, two weeks of above zero temps have turned the lakes into slush fields and generally it’s not very inspiring for someone who likes the cold and proper winter. This is also partial reason for the quiet time on the blog but main reason is that I’ve been also busy with other projects… 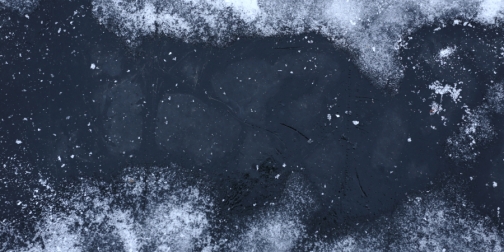 The bit of winter we had

At the end of January we had a short period of proper winter which was great as I was instructing a Basic Course in Arctic Ski Expeditions. I was fortunate to have a great group of 12 people and we had a good course covering the basics needed for longer Arctic ski adventures… 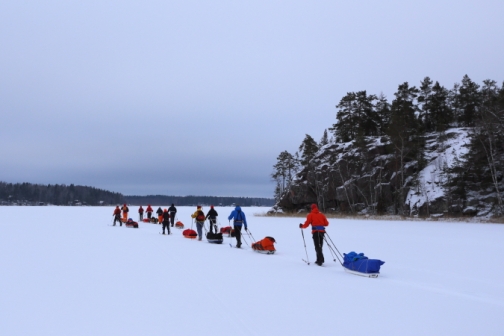 The course also got some flattering media coverage:

– Juha wrote a blog post about the course (in Finnish only) but at least take a look at the awesome photos!
– Also Riikka covered the course shortly in one of her blog posts (in English).
– And the major Finnish newspaper Helsingin Sanomat published a lengthy article and a nice little video of the course which is awesome. It’s in Finnish only but comes with photos and video. 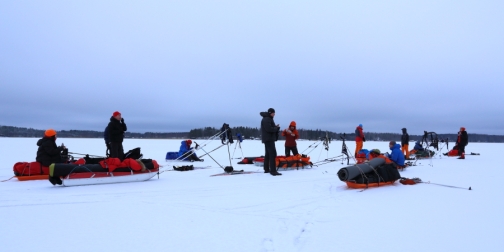 The big thing that’s kept me busy since last autumn is my upcoming major expedition of the year. I’ll be going to Greenland!

There has been a lot of work related to the project but now we are at the point where we can publicly say we’ll be skiing across the Greenland icecap starting in mid-April: Group of five friend, around 30 days on our own and some 600 kilometers of skiing through the white wilderness. 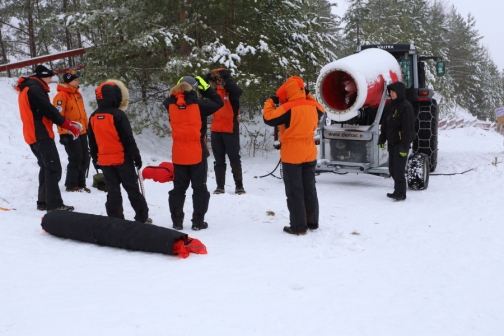 About to get windy… 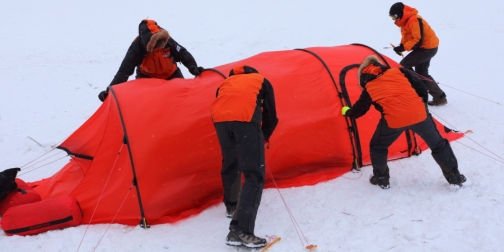 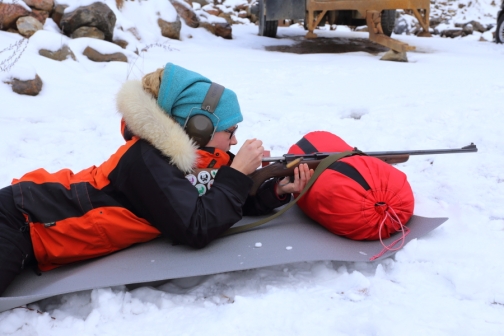 We also got our blog online and it can be found from AcrossGreenland2014.com.

The blog will be mostly in Finnish but there’s a Briefly in English section to cover the basic background information and all the blog posts will include a short English summary. In addition I’ll try to cover some topics in English in my personal blog for more in depth views. If there’s something you want to know, feel free to comment!

We are also on Twitter @Pohjoisemmas and Facebook AcrossGreenland2014. The content will be again mostly in Finnish but also some in English and plenty of photos.

Other things coming up…

Even though I occasionally feel I’d need all the 24 hours of each day for the Greenland project alone there’s some other stuff coming up too. (And I guess that’s good for my (questionable) mental health too…)

The first week of March I’ll be guiding another one-week husky tour at Taivalkoski for Husky Center Kolmiloukko. There’s a proper winter up there and I can’t wait to get back working with the furry little rascals! 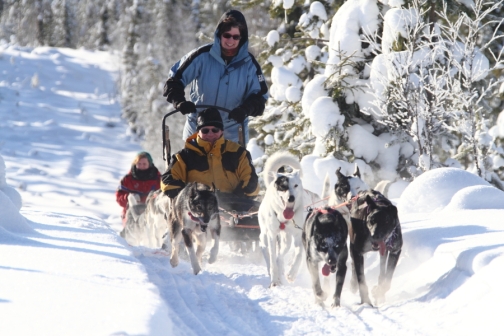 Guiding a husky tour a year ago.

And straight after the week of touring with the dogs (and clients) I’ll head to Sarek National Park in Swedish Lapland to guide my Advanced Course in Arctic Ski Expeditions to prepare the group for bigger and bolder future expeditions. At least I should be getting a decent dose of winter during these weeks. 🙂 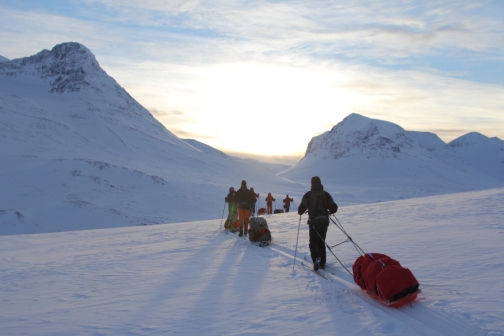 Guiding in Sarek the last year. It was a such great tour!

And in addition to getting all set for the Greenland expedition, and of course being in the outdoors, I’ll also try to get some content in the blog and avoid the one-month radio silences…

5 responses to “Worst Winter Ever”