The Wilderness Guide School I’ve been doing for the last 10 months ended the last Friday. The last week was very hectic with last tests to be passed and farewells to be said to many new friends but it is now over and it’s time to reward myself with a hike and thus I’m sitting in a car and heading to North while writing this! (N is driving so this is completely safe. 😉 )

The plan is to drive to the village of Inari (well North of the Arctic circle), get a ride from a friend to West to the Southern edge of Muotkatunturit wilderness area and start hiking from there on Monday morning. We will be heading North-East walking through the wilderness area to the Inari-Karigasniemi road that we will cross at Sulaoja and walk for a while along the Kevo trail in the Kevo strict nature reserve and from there we will head North to Paistunturit wilderness area and continue West to finish the walk to the Kevo Research Station near Inari-Utsjoki road. All together this makes some 200-250 km of walking (depending a lot on final route choices) and we have about 12 days to spend for it.

A sketch of the planned route (the red line).

It should be a splendid walk as the wilderness area are very wild in sense that there are no roads or marked trails nor too many huts. The terrain will be mostly nice gently rolling hills with valleys growing dwarf birch and occasional pine trees. Rivers are mostly small and easy to fjord but the water level is high as it’s very early summer in the North. Our biggest problem might be swamp areas that will definitely be wet and hard to negotiate but we plan to avoid them and take high routes when ever possible.

We did most of the trip preparations two weeks ago packing food, planning the route and updating old gear lists to fit the trip. We decided not to have a resupply on the Inari-Karigasniemi road so we will be carrying all the food and equipment for the 12 days right from the beginning. This is more in line with the kind of trips I like and I’d prefer spending the whole time in wild, untouched nature but I’ll tolerate one quick road crossing…

12 days food for two people is quite a big pile as the photo above shows. The photo is taken during preparations some things are still unpacked (there is a lot of superfluous packaging material as you can see from the photo below) and for example the bananas are not dried yet. I ended up taking a bit under 900 grams of food per day meaning about 3500 kcal while N is having a lot less, maybe around 700 grams a day. The food is not the lightest possible variety as we wanted to have some treats and didn’t have too much time to dry food but the figure is still acceptable for me. I’ll write more about the food  preparations and planning later.

I have also some new gear with me on this trip. Some of the most interesting ones include the Hyperlite Mountain Gear Expedition backpack (in the photo below), Hilleberg Anjan 3 tent (see the post of my first impression) and Montane Speedlite jacket. (Yeah, I finally bought a windshirt and I’m starting to like it already!) These are new pieces of kit that I haven’t yet tested thoroughly but I trust them already after some initial testing. More about them also coming later when they have seen decent amount of use. The rest of the kit is mostly tried and true stuff like Rab Momentum jacket, La Sportiva Wildcat trail runners, Ortlieb Aquazoom camera bag, Canon EOS 550D with EF 24-105 4 L IS lens and so on. 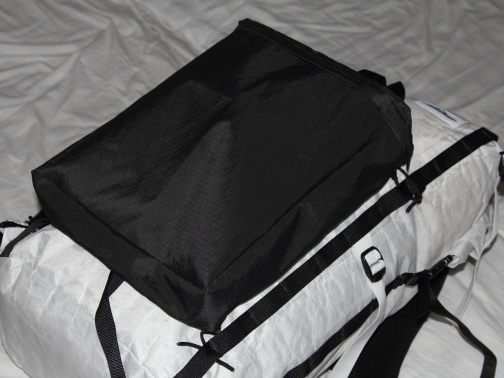 I haven’t weighted all the gear but the rucksack seems to be weighting about 19 kg in the beginning of the trip. It’s not especially light and far from ultralight but there is about 2 kg of camera gear, heavyish synthetic sleeping bag and I decided to take a little tarp (Tyvek version of the Terra Rose Gear Wandering Tarp) in addition to the tent as there is a possibility to make fires on the wilderness areas and it would be nice to have some shelter from rain while sitting by a fire…

Hopefully this little flu bugging me now will ease by tomorrow, the weather will be favourable and mosquitoes will stay at bay so I’ll have a good trip to report at the end of the Month. Until then the blog will probably be quiet but I might write a tweet or two along the way so if you want to follow the trip, follow @Korpijaakko on Twitter!